The funds will be investing in key projects led by ARI staff, including:

“This Consolidated Grant renewal will maintain our current funding until 2021 as well as LJMU’s reputation as a global leader in astrophysics. This is fantastic news for the ARI, with the acknowledgment from the STFC panel that much of our research and public engagement work is at an internationally leading level.”

The STFC panel commented that LJMU’s application reflected the rapid growth of the ARI and the strong support it receives from the wider university. The STFC review panel commented that a particular highlight in the research of ARI is the group’s access to the Liverpool Telescope and time-domain science that this enables. 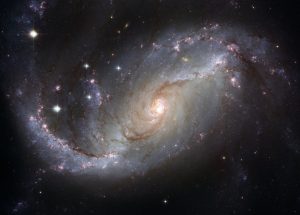 The ARI was also awarded funds to directly support outreach and public engagement for research supported on the Consolidated Grant through links with schools and the National Schools’ Observatory.

This follows on from a recent £1m investment from the Science and Technology Facilities Council (STFC) for a new Centre for Doctoral Training (CDT) in data-intensive science (LIVDAT).

LIVDAT, a partnership between LJMU and the University of Liverpool, will address the science data skills need, by supporting 20 PhD students, who will be trained to analyse data from astrophysics, accelerator science, nuclear or particle physics research, as well as to problems posed by industry and other organisations.

The Future of Music in Liverpool