Probationary: The Game of Life on Licence has been co-created by criminologists at LJMU, FACT, artist Hwa Young Jung and a group of men who are on probation in Merseyside with the aim of changing public attitudes towards offenders. 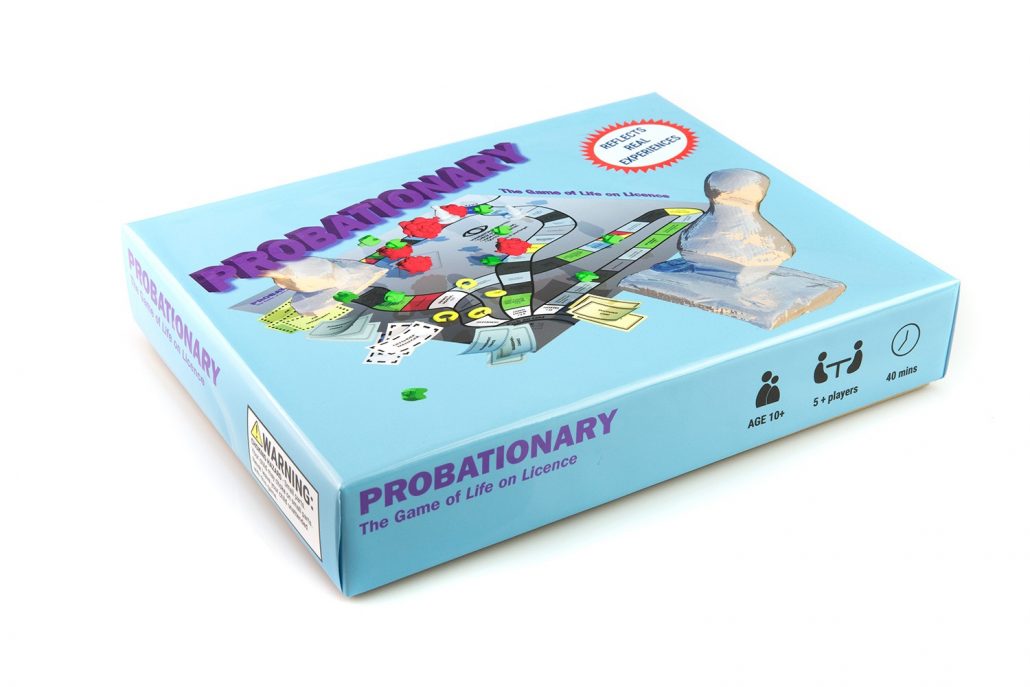 The board game explores the lived experience of being on probation taking influences from more traditional games like Monopoly and The Game of Life.

Players journey through the eyes of their characters as they navigate the complexities of the probation process.

The board game is a product of a pilot research project led by LJMU Centre for the Study of Crime, Criminalisation, and Social Exclusion (CCSE) to understand how criminologists and artists could work together for the benefit of offenders and the general public.

The pilot project aimed to see how a partnership between art, education and penal reform could be used to create a better understanding of criminal justice and reoffending.

It was created through workshops led by award-winning multidisciplinary artist Hwa Young whose work combines the arts, culture and science.

Hwa Young used the workshops on issues surrounding life on probation asking the men to discuss their experiences and priorities and what they needed to allow them to move forward in their lives and deter reoffending. Themes for discussion included justice, luck, equality, and sentencing.

The result was Probationary: The Game of Life on Licence, which explores the lived experience of being on probation.

LJMU Senior lecturer in criminal justice Dr Emma Murray, who is an associate academic at FACT, said: “The board game is underpinned by learning, health and welfare objectives.

“Using the game as a means to capture participants’ experiences has helped the team to have a better understanding of life on probation, compared to standard interview techniques.

“By using the medium of play and process of design we were able to gain a new perspective and way into important conversations.”

She added: “The aim was to engage with a wider audience outside academia and influence change around penal reform policy.

“We feel that the game is a great means of reaching audiences on an emotional level, which wouldn’t be possible by reading a report or academic journal.”

An OpenLab games night event was held at FACT in April to test the prototype on the public.

Hwa Young said: “The reaction of playing the game with the general public versus people within the criminal justice system has been interesting.

“The men on probation, probation officers and criminologists were able to see the emotional impact of the system, as well as the frustrations.

“For the general public, it brought an awareness to a subject that is often hidden.”

The Howard League for Penal Reform have now been brought on board at the post-production stage to use the information gathered through the development and interaction process to analyse how it could be used to influence policy change.

This working partnership is a product of LJMU’s commitment to the arts and the city.