Plans for ‘The Tapestry’ on Gildart Street have been revealed, marking the launch of a unique creative hub in the centre of Liverpool’s rapidly emerging Fabric District. 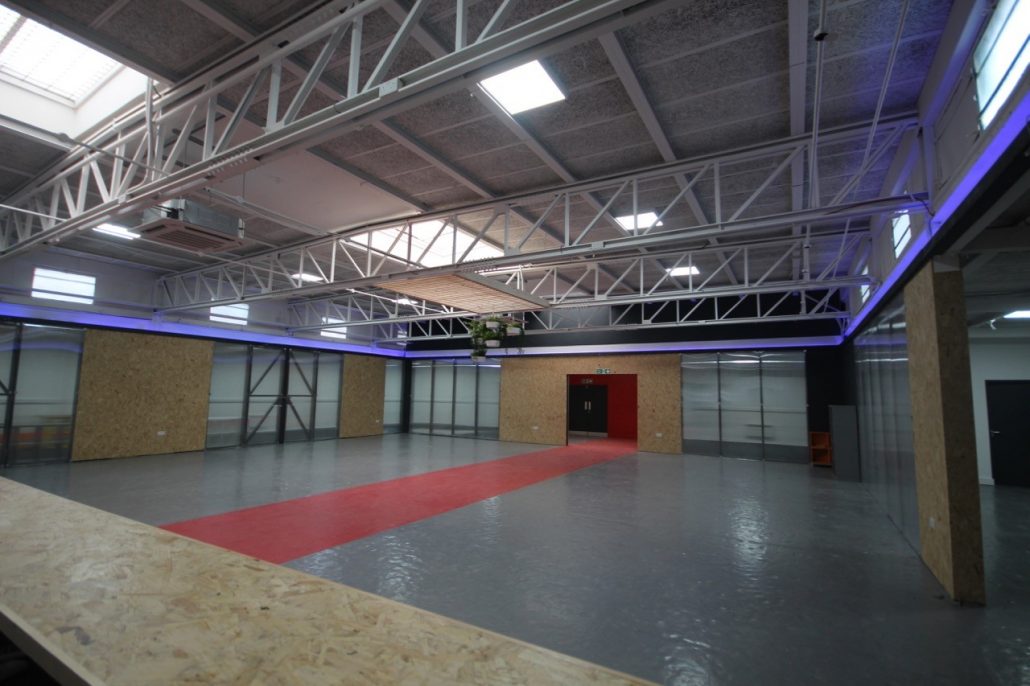 The 25,000 square foot former print works has quietly undergone a huge transformation, re-working the industrial site into a multi-functional space where residents and visitors can work, create and relax.

Set across four floors and split between two adjacent buildings, connected by a single walkway, the Tapestry is owned by The Abbott Family via their brand Proactive Property, guardians of the building for over four decades.

The imposing Tapestry building sits at the heart of the Fabric District and will offer a central unifying space surrounded by several major developments currently in progress. The Tapestry has now opened its doors and offers a café and separate bar on the ground floor with adjacent studios and event space on the same level which has now been let and will be launched very soon. Levels two and three are now occupied by two flagship tenants whilst the top floor, considered as the jewel of the building, will be utilised as community space until a suitable tenant has been identified from May onwards.

The decision to develop a creative space rather than residential conversion draws heavily on the family’s strong links to and passion for the building. Jason Abbott, of Proactive Property explains: “My father operated the building as a print works for many years until he retired in 2002. We knew that we wanted to retain it, but without a clear vision and strategy rented it to a number of short term tenants until interest in the area began to gather momentum.

“Initially we did consider residential development, recognising the potential with the growth of the Knowledge Quarter and the new hospital and had drawings created for 142 apartments, however, this didn’t necessarily fit comfortably with us in terms of the future of the building. It’s been fantastic to see the development of the Baltic area, and more recently the North Docks, but ultimately, it has been a few key people or organisations that have lead the creative development, and we wanted to take that role here in the Fabric District.

“Working closely with a fantastic design and construction team we have fully reconfigured the warehouses whilst retaining the wonderful industrial architecture and infrastructure. What we have now is vast, open and interesting spaces which creative businesses and organisations can adapt to suit their own needs. The building has attracted so much interest from such a diverse audience and through organic conversation and meaningful engagement we have secured three flagship tenants already who will occupy 80% of the building under long term leases. These tenants will form their own micro communities who together will form and nurture a wider community.”

Alongside Rich and Suzy Jennions of Try & Lily, Jason has been instrumental in the formation of the Fabric District CIC, a collection of stakeholders and business and property owners with a combined intention of collaborating and steering regeneration from the bottom up.

Jason added: “It’s fantastic to see the building being brought back to life in this way, forming such a pivotal and important role in the next phase of this part of the city. It’s been incredibly important for me to retain my father’s legacy and I know he is proud to see the family’s role in driving the Tapestry forward as its takes on a new identity and purpose.”

Unique exhibition to run at Tate Liverpool to break the stigma of homelessn...