Morgan Sindall welcomes students for a tour of Paddington site

Morgan Sindall welcomes students for a tour of Paddington site

30 German exchange students and lecturers from Augsburg University of Applied Sciences have taken part in a tour of the Paddington Village site, where Morgan Sindall is delivering two key projects for the planned £1 billion extension to the city’s Knowledge Quarter.

The visit was facilitated by Liverpool John Moores University as part of the students’ International Project Management module. The group visited London and Manchester before reaching Liverpool to see first-hand how a construction site operates.

The aim was to allow the students to gain a deeper understanding of careers in construction and see a complex development project in action.

The day involved a talk with the senior design manager Nathan Roberts, outlining key elements of the contract, risks and planning and financials. The students then went onsite to observe the various technologies, projects and live services in operation on one of the city’s biggest construction sites. 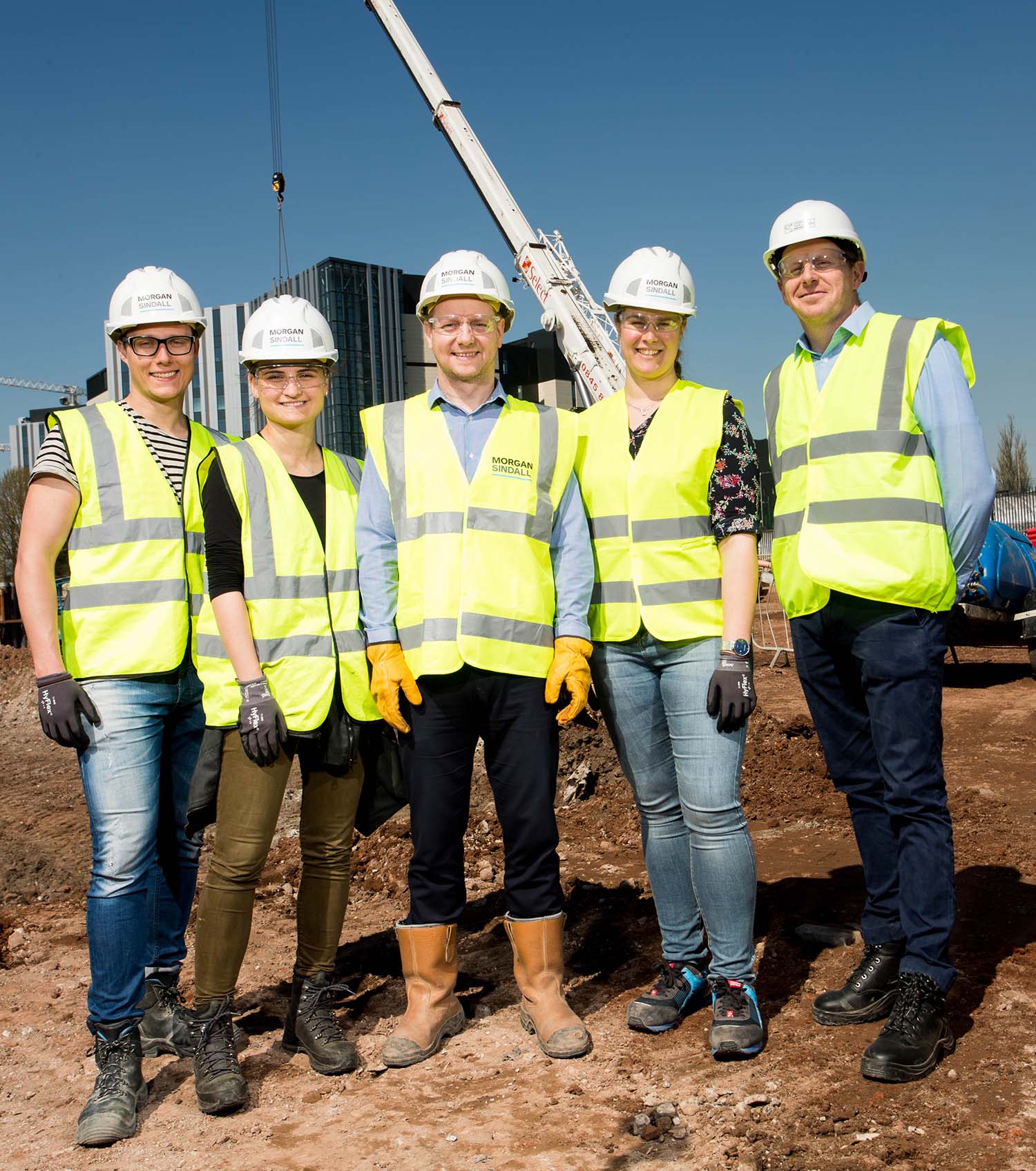 The scheme, which sits within one of the city’s Mayoral Development Zones, will see the 30-acre site, located just to the east of the city centre, developed into three plots; Paddington North, Paddington Central and Paddington South.

Morgan Sindall is carrying out two distinct projects on the central plot. The first phase involves the installation of infrastructure, creation of public realm across the predominantly brownfield site and the creation of development plots to make them market-ready. The second phase will see Morgan Sindall design and build a new £35 million ‘Northern Centre of Excellence’ for the Royal College of Physicians (RCP).

Damian Fearon, Principal Lecturer at Liverpool John Moores University said: “Site visits like this bring to life everything the students have been studying and hopefully encourage young people to consider the exciting career prospects the construction sector offers.

“We’re thankful to Morgan Sindall for helping us facilitate this programme and we hope to work with them on any future exchanges we have in the pipeline.”

Paul Galloway, contract manager at the Paddington Village site, said: “It was great to see the students taking in all the exciting things happening onsite and we hope they left feeling engaged and inspired.

“We’re committed to encouraging the next generation and we look forward to continuing to work alongside both Liverpool John Moores University and the universities they partner with to shine a light on the industry and promote the opportunities within it.”

LJMU awarded £44,000 to promote chemistry to school pupils in hard to reach...
Scroll to top