Colin has worked on a variety of large-scale projects during his time at the Manchester-headquartered commercial property company, including its diversification into the science and technology markets and the new neo office scheme on Charlotte Street in Manchester city centre. He will take up the new role in May and will lead on the development of a shared strategy for the Knowledge Quarter, building on the academic, health and cultural assets of the partners.

In the past 18 months, Colin has also been Bruntwood’s lead director in Liverpool where the business has focused on creatively designed collaborative workspace.

Before Bruntwood, he worked at Manchester’s inward investment agency MIDAS between 2005 and 2010.

Following a stand session on Liverpool Sensor City at MIPIM today (16 March 2016), Sinclair told Insider: “It’s a really exciting challenge. Sensor City is what the knowledge Quarter is all about, collaboration between the two universities. What we’re looking to do is make Knowledge Quarter Liverpool one of the top ten of European innovation districts.” 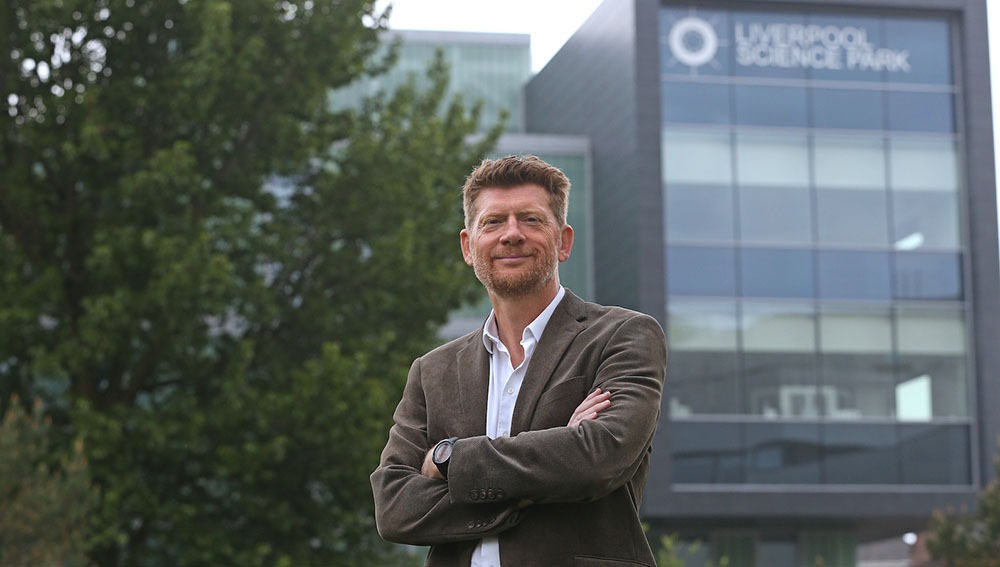 Professor Janet Beer, University of Liverpool vice-chancellor and chairman of the Knowledge Quarter board, said: “Our aim is to establish the Knowledge Quarter as one of the UK’s most successful locations for knowledge creation and innovation, as well as a strong economic area that is more than the sum of the parts. Colin has an outstanding track record in this area and we are looking forward to working with him.”

The Knowledge Quarter helps generate £1bn in income per year, supporting more than 14,000 jobs and contributing to the expansion of the city region including major redevelopment projects such as the £335m new Royal Liverpool University Hospital.

Liverpool mayor Joe Anderson said: “The Knowledge Quarter is hugely important, not just for the future economic success of Liverpool, but also the wider city region.

“This is a hugely exciting time as we see a number of major developments being delivered. Colin already has an excellent reputation in the city and I am very much looking forward to working with him, starting with promoting the city at the international real estate event MIPIM this week.”

The post is funded through a partnership between the University of Liverpool, Liverpool John Moores University, Liverpool City Council, Liverpool School of Tropical Medicine and the Royal Liverpool and Broadgreen University Teaching Hospital Trust.

Chris Oglesby, chief executive of Bruntwood, said: “This is great news for Liverpool and we’re looking forward to working closely with Colin in his new role in the future.”

Sinclair, who will be based at Liverpool Science Park, will begin his role on 1 May 2016.