Sciontec Liverpool’s vision for a globally-facing 21stcentury knowledge-economy moved forward today as a major partnership to help unlock growth in the science and technology sector was announced.

The deal will see Bruntwood SciTech – a joint-venture between Bruntwood and Legal & General – become the fourth shareholder, acquiring a 25% shareholdingin the £12 million Sciontec Liverpool, alongside Liverpool City Council, Liverpool John Moores University and the University of Liverpool. The partners believe that the deal, subject to the completion of the legal process, will act as a catalyst for exponential growth across the Liverpool City Region.

A spin-out company of KQ Liverpool– a strategic and placemaking organisation – Sciontec Liverpool remains in its infancy as a business but the scale of the opportunity that lies ahead is considerable. The partners have highly-achievable aspirations to expand asset value beyond £40m in the next 12 months and discussions with a number of parties are already at an advanced stage.

First-step projects for the new partnership will include the planned refurbishment and expansion of Liverpool Science Park and the development of No.5 Paddington Village, a 160,000 sq ft office for the creative and scientific sectors.

Professor Dame Janet Beer, Vice-Chancellor of the University of Liverpool and Chair of Sciontec Liverpool, said: “We are delighted to be taking Bruntwood SciTech through as our preferred bidder and look forward to the opportunity to work with them as a shareholder in the new development company, upon completion of the legal process.Plans are already in place to modernise and expand our existing science and tech assets, whilst developing new world-leading facilities, and this new collaboration will help us achieve that.”

Mayor of Liverpool, Joe Anderson, said: “The Knowledge Quarter is one of the most exciting science and tech initiatives in the country with the potential to transform Liverpool’s economy into the high value knowledge-based economy our city deserves. It’s a sign of its potential that we have been able to attract the two high quality companies behind Bruntwood SciTech. Bruntwood’s history of investing in the city includes cultural partnerships with significant social impact as well as property, and alongside Legal & General, Sciontec has an incredibly strong start in pulling Liverpool ahead of other cities with an innovation district buzzing with new ideas and economic opportunity.”

Mark Power, Vice-Chancellor of Liverpool John Moores University, said: “The bid process paid particular emphasis to the need for common values and a shared vision. We are pleased to have selected a like-minded Preferred Bidder who is prepared to commit to Liverpool for the long term.” 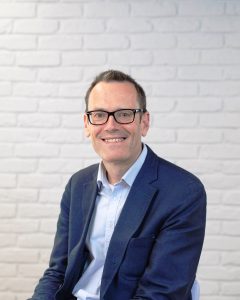 Phil Kemp, CEO of Bruntwood SciTech said: “Liverpool city region has a tremendous opportunity to grow its innovation space and become one of the world’s most forward-thinking innovation districts. It has outstanding universities, an exemplary NHS Trust and is already globally leading the market in innovations in materials chemistry, high-performance computing and AI. Being selected as Sciontec Liverpool’s fourth shareholder will strengthen our relationships within the city, providing increased opportunities for science and tech businesses to start, scale and grow and access links into our network of thriving innovation districts.”

Bruntwood, an active investor in Liverpool city region for over 25 years, created Bruntwood SciTech in 2018 as a joint venture with Legal & General. It creates the environments and ecosystems that enable companies in the science and technology sector to form, collaborate, grow and scale.Its portfolio across Manchester, Leeds, Cheshire and Birmingham already includes more than 500 science and technology businesses and will help to create more than 20,000 high value jobs over the next decade.

Colin Thomasson, Executive Director at CBRE, said: “This a landmark deal for the sector following a thorough bid process led by Colin Sinclair, CEO of Sciontec, and his team. The new company has the potential to meet the increasing demand for high-spec office and lab space in Liverpool.”

Colin Sinclair, chief-executive of Sciontec Liverpool, is also known for his key role in establishing Knowledge Quarter Liverpool as a world-leading innovation district.