At 30 acres, Paddington Village is being developed by Liverpool City Council in three phases: Paddington Central, Paddington South and Paddington North, with Morgan Sindall Construction undertaking numerous projects as part of the first Central phase. Work on the first phase has been made possible by a £12 million grant from the Liverpool City Region Combined Authority for remediation of the site.

The projects at Paddington Central, formerly the site of a now relocated secondary school, include a 221 bed Novotel hotel with a value of £38 million designed by Ryder Architecture. A groundbreaking ceremony was held to mark the start of construction work, attended by representatives of Morgan Sindall Construction, Liverpool City Council and other project partners.

Located on the corner plot facing the New Royal Hospital and University of Liverpool campus, the hotel will be in a prominent position with key frontage onto both Grove Street and Mount Vernon Road. The thirteen-storey, four-star Novotel hotel will be franchised and operated by Legacy Hotels & Resorts.

Work has already begun on a multi-storey car park with a low-carbon combined heat and power (CHP) energy centre located on the ground floor. Designed by architects KKA, the building will be located on the Elm Grove site within Paddington Village Central.

Morgan Sindall Construction’s other projects at Paddington Village Central include the design and build of the new £35 million northern headquarters of the Royal College of Physicians, The Spine, set for completion next year.

Mayor of Liverpool Joe Anderson, said: “Paddington Village is going to be a real game changer to the city’s economy and will help drive the Liverpool Powerhouse for decades to come. This new hotel is a pivotal part of the jigsaw on the central plot and I’m delighted work has now begun to make it a reality. 2020 is going to be a huge year for Paddington Village as so many of the schemes – like The Spine – complete and we start to witness its blossoming into a world-leading innovation district.”

Richard Potts, area director for Morgan Sindall Construction, said: “Today represents another significant and celebratory occasion for our team on the Paddington Village project. What’s being created within this development will be incredibly important for the future of Liverpool, and we envisage this hotel being a key factor in enabling people to visit Paddington Village in order to tap into the resources, skills and knowledge available within what will be one Europe’s most important innovation districts. This is a hugely exciting time, and we look forward to working with our project partners throughout 2020 to help fulfil Liverpool City Council’s bold vision for the scheme.”

Gareth Callen, partner at Ryder, said “We are delighted to be working alongside Liverpool City Council, Knowledge Quarter Liverpool and Morgan Sindall Construction on this project.  The tower form has a commanding landmark presence across the city and the impact of this key development of the masterplan reaches well beyond the North West, yet remains personal to us at Ryder, as our Liverpool office is located just five minutes from the site at the heart of the Knowledge Quarter.” 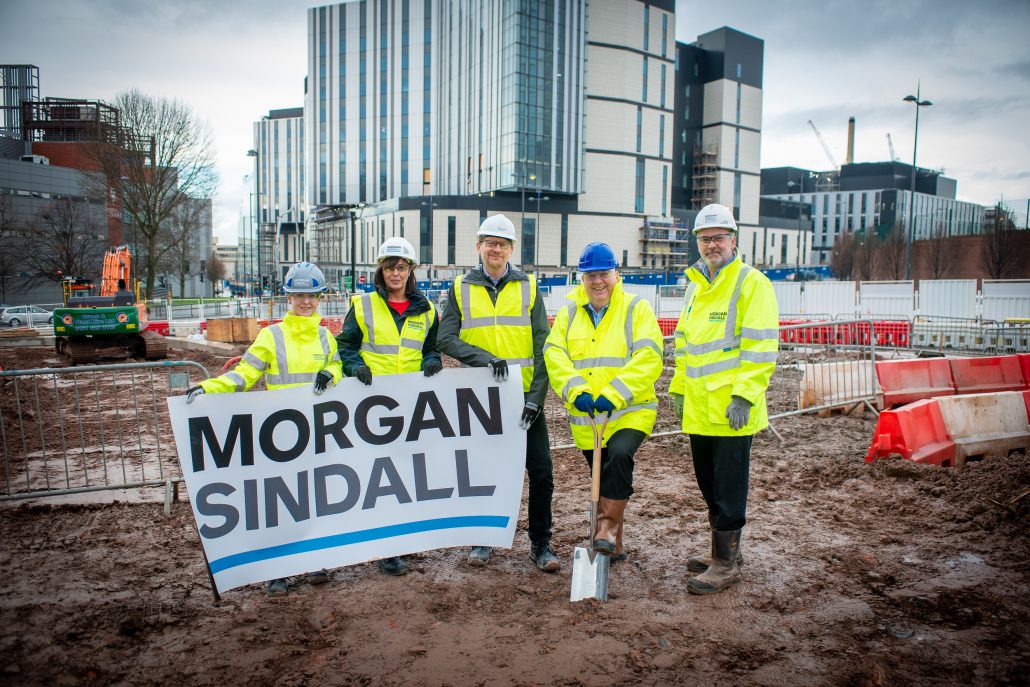 Paddington Village – The Spine Topping Out
Scroll to top